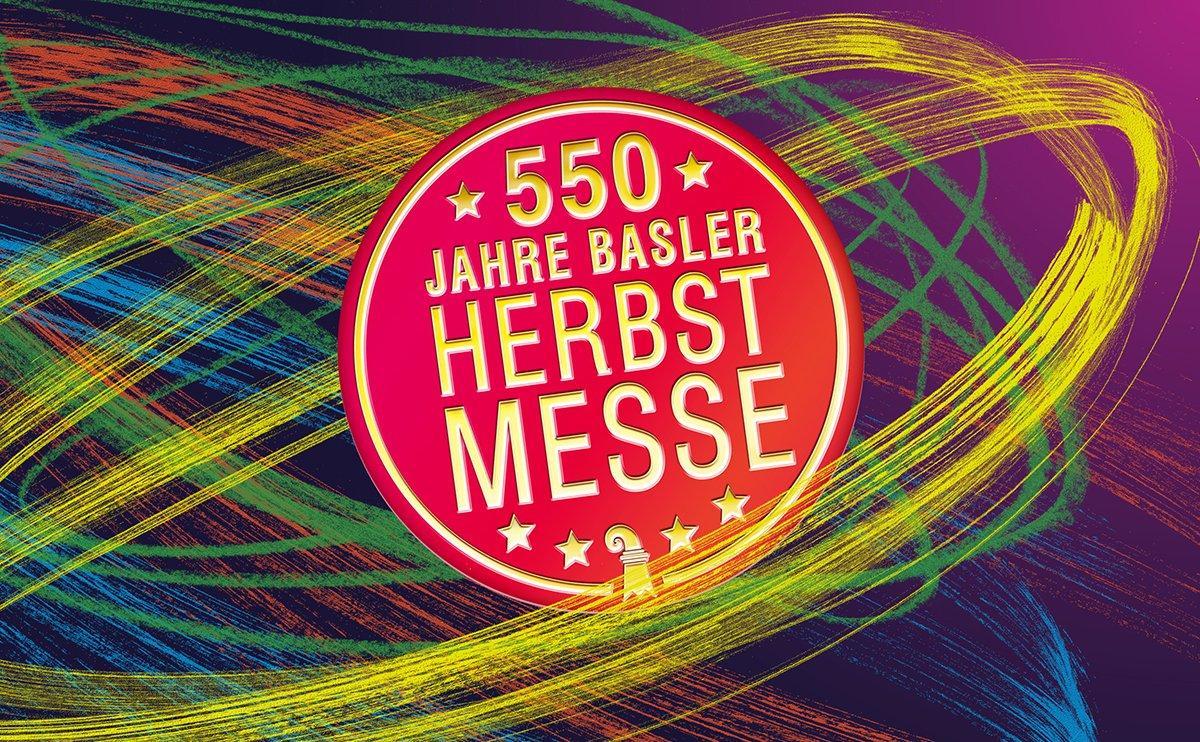 The Basel Autumn Fair 2021, which kicks off on 23 October, celebrates the 550th anniversary of the fair. The Anniversary Autumn Fair presents various nostalgic attractions as well as eight novelties. Due to the corona pandemic, a protection concept is in place for this year's Autumn Fair, which includes Covid certificate checks at the entry points (by means of QR code). Exempt from this is Petersplatz with Hääfelimäärt and Petersgraben, where instead of a certificate requirement, the wearing of masks is encouraged.

"The Basel Autumn Fair is the largest and oldest fun fair in Switzerland and many Basel residents feel strongly connected with this tradition. People from all over Switzerland and from neighbouring countries are also attracted to the fair," enthuses President of the Government Beat Jans. "We are therefore very pleased that the Basel Autumn Fair can now take place this year after having been cancelled last year". The Basel Autumn Fair will be opened with the ringing of the bell in St. Martin's Church by Franz Baur at 12 noon on Saturday, 23 October 2021, and will continue until Sunday, 7 November, and until Tuesday, 9 November 2021 at Petersplatz and Hääfelimäärt.

On the occasion of its 550th anniversary, the Basel Autumn Fair 2021 will present various nostalgic attractions, some of which are more than 40 years old. In its anniversary year, the Autumn Fair is also purposely focusing on traditions and the regional character.

"Wall of Death" will be presenting a spectacular motorbike show at the Rosentalanlage. Nostalgic feelings are also guaranteed by a concert organ at the Rosentalanlage, the "Ski Lift" at Barfüsserplatz, the "Wellenflug" and a boat swing at Münsterplatz as well as the "Calypso" and the "Polyp" at Messeplatz.

In the "Handwerkerdörfli" ("Craftsmen's Village") at Petersplatz and Hääfelimäärt, five stall holders will be demonstrating their skills in crafting glass, making ointments or using old printing techniques, with visitors invited to join in. And on Münsterplatz, four attractively designed information pillars will present background information and audio plays on the history and traditions of the Basel Autumn Fair.

In addition to the anniversary attractions, the Basel Autumn Fair will be featuring seven new trade stands and one new fun ride this year, including the "Crazy Hotel", a five-storey family fun house with an obstacle course.

Due to the ongoing corona pandemic, a protection concept is in place at the Basel Autumn Fair 2021 to protect all visitors to the fair as well as the showmen and market traders from the corona virus.  According to the Federal Council's Covid-19 Ordinance, a Covid certificate with a valid QR code (Switzerland / EU) is mandatory for persons aged 16 and over attending large events with more than 1,000 people. This applies to the fair grounds at Münsterplatz, Barfüsserplatz, Messeplatz, Rosentalanlage, Exhibition Hall 3 and Kasernenareal. However, Petersplatz with Hääfelimäärt and Petersgraben as market venues will not be conducting Covid certificate checks. Due to the confined space, visitors to the fair are advised to wear a mask here.

To avoid long queues at the entrances to the Autumn Fair grounds, there will be four PreCheck Centres at Barfüsserplatz, Münsterplatz, Messeplatz and Kasernenareal. These will already be open from Thursday, 21 October 2021. Once the Covid certificate has been checked, visitors will be issued with an admission wristband, which will fast-track access to the Autumn Fair grounds. The access controls to the fairgrounds and the PreCheck Centres will open at least half an hour before the start of the fair.

Would you like to receive occasional push notifications and the latest news from the Basel Autumn Fair?

Phone number could not be saved.

Push messages could not be disabled.

Push notifications have been disabled.

Push messages could not be enabled.

Push notifications have been enabled.

You can change the reception of push notifications in your settings at any time.

We use cookies to provide you with the best browsing experience possible. The data collected with the help of cookies is used to optimize our website.